Jewish liturgy extends to all areas of life from the synagogue to the home. The following are some of the Spanish and Portuguese melodies that we hope you will enjoy bringing to your own Shabbat and holiday tables.

The Kiddush of Friday evening performed by Rabbi Ira Rohde with musical accompaniment.  No accompaniment is used when sung on the Sabbath.

(Click on the image below to see a larger version) 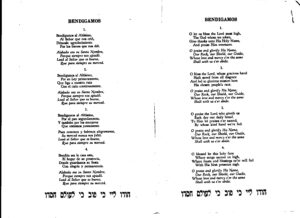 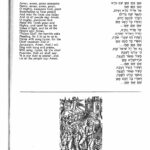 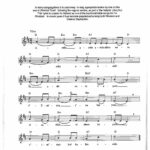 Each new day of Hanukkah begins on the Eve of that day, with increasing numbers of candles from one until eight. The liturgy for Hanukkah at Shearith Israel includes our particular versions of the Sephardic chants for the Hanukkah candle-lighting blessings and Hanerot Halalu. Shearith Israel’s text of Hanerot, interestingly, does not directly  mention warfare. Shearith Israel also chants all of Psalm 30 out loud each morning and evening: This is because Hanukkah’s meaning is “[re]-dedication” or “[re]-consecration,” and this Psalm  is entitled “A Psalm A Song of Dedication (“Hanukkat”) of the House [of Worship].” Besides lighting at home, candles are lit at the evening services each night, and the hanukkiah/menorah is put out for display in the morning as well. As at all other synagogues, Al HaNissim is added in the thanksgiving sections of the Amidah and the Grace After Meals. At each morning service,  Sephardim  recite the blessing “ligmor et ha-hallel” and read all of the Hallel HaMitzri, Psalms 113-118. On Shabbat Hanukkah, the choir joins in the Hallel, and most of Psalm 118 is sung to the musical setting of the famous Sephardic French-Jewish operatic composer Jacques Fromental Halevy. Shearith Israel follows the usual practice of taking out the Torah and reading a section from the Book of Numbers having to do with the gifts given by the tribal leaders at the consecration/dedication of the Altar of the desert Tabernacle. On the first morning the reading begins with the Priestly Blessing, and on the last morning it concludes with the instructions for lighting the Tabernacle’s seven-branched Menorah. The music included at Shearith Israel includes many versions of the familiar German-Ashkenazic Maoz Tzur melody [although the hymn itself is omitted], as well as the tune from Handel’s “See the Conqu’ring Hero Comes” from his oratorio Judas Maccabeus.

Have you heard our Hanukkah “waffles song”?  This is not only a favorite, but a special tradition.  In this recording, Rabbi Ira Rohde excerpted the part devoted to Hanukkah from a poem by Moshe de Yehuda Piza (1737-1808) depicting the different kinds of holiday foods of Amsterdam. In accordance with universal Jewish custom to eat forms of pancakes (made with oil, in remembrance of the miracle of the oil) on Hanukkah, the tradition of Amsterdam was to eat vaffele (Belgian waffles) on Hanukkah because God made a “miracle and wonder” (Hebrew: “nes va-fele”) during these days.

Amsterdam traditions are rooted in our New York congregation’s Colonial New Amsterdam heritage, and were constantly being renewed by the hazanim (cantors) from Amsterdam who served in New York through modern times, such as Rev. Abraham Lopes Cardozo, who brought this song with him and published it in his book “Sephardic Songs of Praise” (Tara Music Publications, 1987). The children of Shearith Israel especially love using the waffle iron (“barzel” is the Hebrew word for “iron” used in the song) to make the Belgian (or Dutch, since in Colonial times Belgium was part of the Netherlands) waffles every Hanukkah. Here, Rabbi Rohde sings for them.

The composer of this piece, Jacques-François-Fromental-Élie Halévy (1799-1862), was a famous French operatic composer, born in Paris, son of a Sephardic cantor, Élie Halfon Halévy, who was the secretary of the Jewish Community of Paris. By the age of ten, Jacques-François had entered the Conservatoire de Paris, and there he rose to become a prominent professor of music, numbering among his students Georges Bizet, Adolphe Blanc, and Adolphe Danhauser. Fromental Halévy is best-known for his grand opera “La Juive,” which is a staple of the operatic repertoire. He rose to prominence in France as an arbiter of public artistic tastes, becoming permanent secretary of the Academie des Beaux Arts in 1854. A prolific composer of operas, cantatas, and ballets, Halévy is known to have also composed settings of several Hebrew texts, specifically from the Psalms, such as this section of Psalm 118 “Out of my straits.” Halévy encouraged the composition of 19th-century synagogue music, most notably through his protege, Samuel Naumbourg. Here in New York a century ago there was a famous Halévy Society to which many prominent Jewish musicians belonged, including Leon M. Kramer, who served as Shearith Israel’s choirmaster from 1883-1943.

(Click on the image below to see a larger version) 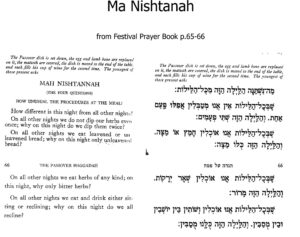