We prepare for the mood of the High Holidays by reciting penitential Selihot during the month of Elul. Shearith Israel maintains an old and unusual custom of reciting a short form of Selihot and blowing the shofar following the weekday evening service. We also recite a much longer form of Selihot early in the mornings preceding Rosh Hashanah and Kippur.

Ben Adam – the opening poem of the Selihot service. It is a call to awaken and prepare ourselves to ask God’s forgiveness. Performed by the late Reverend Abraham Lopes Cardozo. This recording is part of a 3 CD set published by the Shearith Israel League and available for purchase from the synagogue office.

Available for purchase from the synagogue office as part of a 3 CD set published by the Shearith Israel League.

Chanted responsively during the Selihot of the High Holidays.  Here performed by Rev. Cardozo and choir.  This recording is available for purchase from the synagogue office as part of a 3 CD set published by the Shearith Israel League.

Rosh Hashanah services are characterized by solemn and deeply moving liturgical poetry, the reading of Torah portion relating to the binding of Isaac (‘Akedat Yizhak), and the sounding of the Shofar. The evening service opens with Ahot Ketana (“Little Sister”) by Abraham Hazan Gerondi.  This beautiful poem is about saying farewell to last year’s troubles and welcoming the blessings of a new year.

Just before blowing the shofar we chant the ‘et shaaay ratson (“Open Now the Gates of Mercy”) by Judah ibn Abbas. This emotional poem is a masterful midrashic retelling of the binding of Isaac on the Altar (“Akedat Yizhak”).

Musically, these poems are some of the most well known of the Spanish & Portuguese liturgy.  Their melodies are quite ancient possibly dating back to pre-expulsion Spain.

Written by Judah ibn Abbas in the 12th century, this poem is a dramtic and emotional re-telling of the story of the binding of Isaac. It is performed here by Rev. Cardozo, of blessed memory, and the Shearith Israel Choir.

This recording was originally made in 1959 through the Tarry Memorial Fund of the Shearith Israel League. It was re-released as part of 3 CD set produced by the League in 2003. The Shearith Israel League is the civic and social arm of the congregation. This set is available for purchase at our online store, or, by contacting the Synagogue office.

Ahot Ketana “Little Sister” is a poem by Abraham Hazan Gerondi (13th c.).  The Poem beautifully  expresses our wish to conclude the past year and its troubles and begin now the blessings of the new year.  This recording by our Hazan, Rabbi Ira Rohde, was made by the Miliken Archive of Jewish Music.  It is available commercially by Naxos on the album “Jewish Voices in the New World” for more information click here. 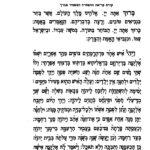 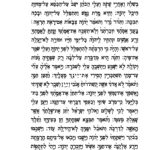 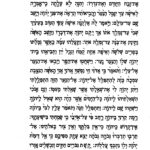 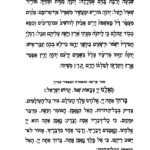 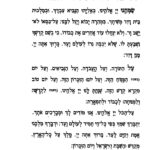